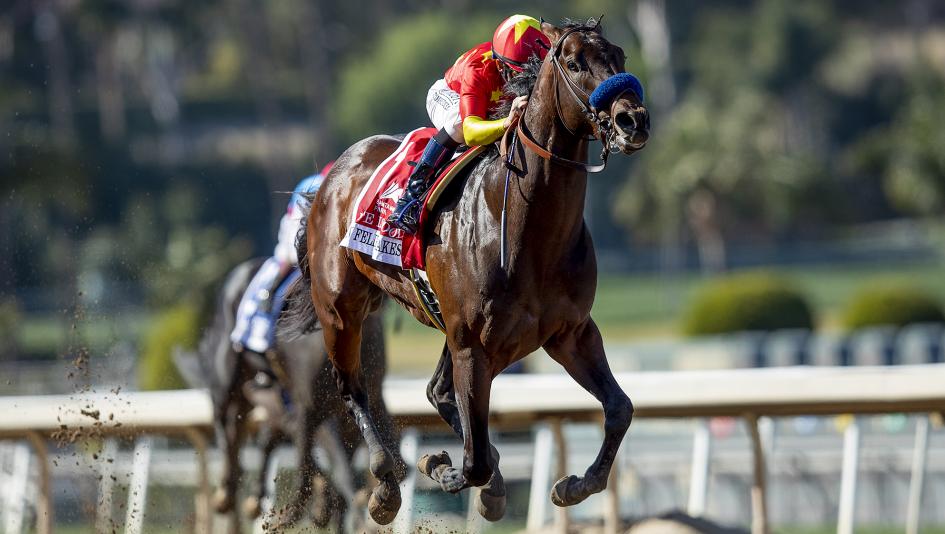 Bob Baffert's trained three-year-old, Life is Good, won the $300,000 San Felipe Stakes by eight lengths on March 6, 2021. The victory has positioned the colt as West Coast's top Kentucky Derby hopeful. Life is Good maintained a lead from the start and finished the 1 1/16 miles in 1:42.18. The time was not good enough for the colt's rider, Mike Smith (Hall of Famer), as he stated after the race that the horse was distracted by the infield video board.

The Hall of Famer claimed that Life is Good was drawn to the screen as it lit up, and it took a stronghold from him to keep him straight. He went on to say that at times when it was not on especially in the mornings, he goes past it like it is nothing. But because the screen was on, he could see it and was locked on it down the lane.

Build-up to the May 1 Kentucky Derby

It will be one heck of a Kentucky Derby as another unbeaten colt will be competing on the day. Essential Quality, who is trained by 2020 Eclipse Award winner, Brad Cox, is 4 of 4, with his latest win coming at the February 27, 4 1/4 lengths Southwest Stakes (G3) at Oaklawn Park. It was his first start as a three-year-old, with which he got 40 points for his triumph. He will make one more appearance at the April 3 Toyota Blue Grass Stakes (G2) at Keeneland.

Life is Good has an opportunity to add to his $274,200 earnings and also continue his unbeaten streak come April 3. In the just-concluded $400,000 Santa Anita Handicap, Idol secured a win by half a length and added. $240,000 to his earnings.

The Battle to Remain Unbeaten

Baffert could not hide his excitement with Life is Good's performance, stating that he always knew he was a special horse. Life is Good closed as the 5-1 favorite in Pool 1, 7-1 favorite in Pool 2 and 3, and a 2-1 favorite in Pool 4 of the Kentucky Derby Future Wager. Essential Quality was the second-favorite with a 5-1 betting odds. It is exciting to see how both horses will fair on the main event. Hopefully, all contestants will be healthy for us to witness a true contest. One thing is for certain, one of the horses with unbeaten runs will secure their first loss at the Kentucky Derby. That is, of course, if Essential Quality and Life is Good record wins at their April 3 outings.