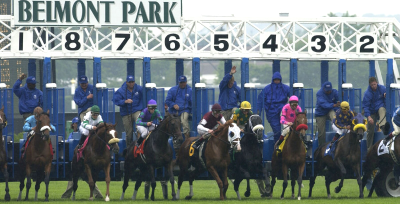 The bias analysis looks at historical data and determines which type of figures have a better chance of winning.  We analyzed 72 races between the distance of 1 1/16 mile race or longer from Belmont Park to perform the bias analysis.  There are not enough 1⅛ mile races from Belmont to properly do a bias analysis and we to add races of similar distance.

We analyzed the bias on two fronts.  We did an analysis of the speed bias for a race as well as the pace bias.  Details of both are described below. 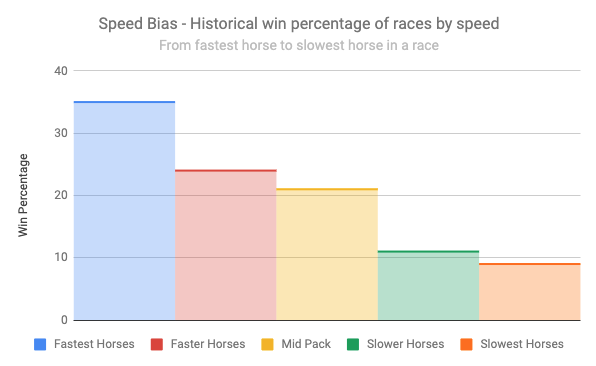 The historical races clearly show that the fastest horses in the race have a better chance of winning.  The horses who are deemed to be the fastest, compared to their competitors win at a 35% rate.  Also, horses that are a step below, but still generally faster than their competitors win at a 24% rate.  This means that horses that are fast have a 59% chance of winning.

Horses that are much slower than their competitors only have a 20% chance of winning.

The general feeling is that you can quickly eliminate horses that are deemed slower from winning and be assured that you made a good decision.

We believe that the horses that you can eliminate are: (1) Tap It To Win, (3) Max Player and (7) Jungle Runner 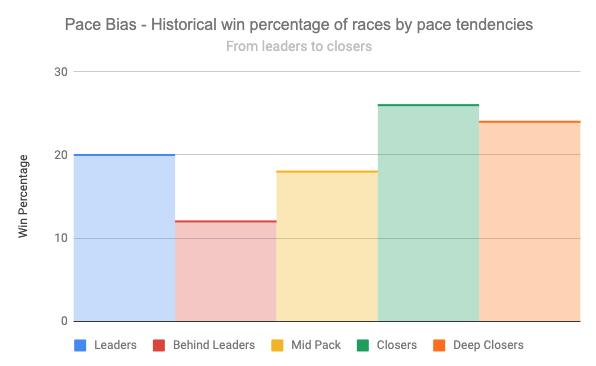 The pace bias is a bit more complicated than the speed.  As you can see from the chart above, there is a bias towards closers but the bias is not very prominent.

The bias is as follows:

These are the horses that we expect will try to stay back and close off the race in the stretch: (2) Sole Volante, (5) Farmington Road.

These are some horses that we think you can eliminate based on their pace figures: (1) Tap It To Win, (9) Dr. Post, (4) Modernist

If you think that a horse can take the lead, set the pace and hold it, there’s a good chance of this horse winning.  If you can’t find one of these horses, we would pick a closer.  The challenge with this race is that there are lots of horses that like to take the lead or be close to the lead.  This means that there will be traffic for the horses to get through before having a clear shot at the finish line.

All Stake races of this level are hard to handicap, but given the bias analysis and the horses in this race, the following is the best view of what the top of the stretch may look like. 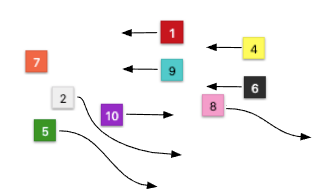 (9) Dr. Post may play the role of ruining this analysis and depending on any scratches he may be worth a second look, but at the moment he will not be part of any win ticket.